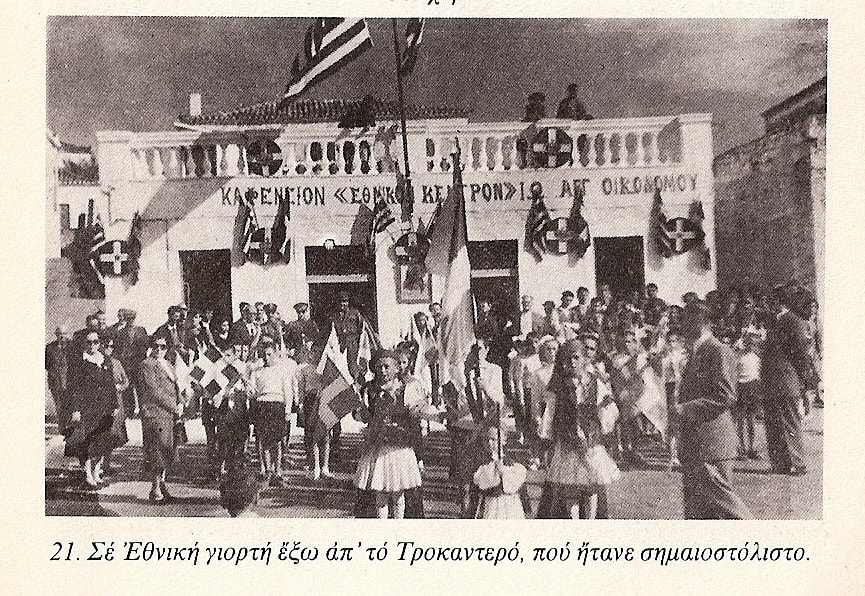 "The Trocadero is buzzing / The Port is buzzing" was heard in the pre-election speeches in the middle of the 19th century at the traditional cafe in Ermioni, Argolida. Today the place for the revival of this wonderful building is "buzzing", which was a milestone in the history of the inhabitants and visitors of the area, as a place of gathering and entertainment with gramophones, feasts, cultural events, puppet theaters, karaoke players.

In the arms of this historic building, the renovated Trocadéro comes to bring new air, respecting the traditional hue that surrounds it. It is an excellent mixture of Ermioni tradition and architectural inspiration, which has preserved the stone construction of the once glorious property, as well as elements of the way it was built so that it is a faithful representation of it. The hotel has 5 luxurious suites and promises to offer its guests a modern getaway with a local aroma.

1. Historic site
The luxury hotel Trocadéro is located in Mandrakia Ermioni, the jewel of the Peloponnesian Riviera, where all the history of the city is gathered and brings memories of coats of arms, flags, photos of kings, heroes, prime ministers and whatever "National Symbol" can put . This historic café by Giannis Oikonomou, named after a famous area of ​​Paris with hotels and popular entertainment venues, has been described as a work of art, and is a true jewel due to its design influences from local traditions and need to create a new atmosphere of magical recreation.

2. Hermione
The amphitheatrically built Ermioni, on a peninsula full of Pines, is a seaside town that offers unique thrills to lovers of idyllic beaches, cosmopolitan life and fine seafood.
As one of the most beloved secular celebrity resorts, it is a patchwork of unique nature, history and culture, embraced by the deep blue sea on the southeast side of Argolida.
The pleasure of visiting Ermioni, extends from its picturesque port to its green plain. Its incomparably beautiful beaches, the seductive atmosphere in the area of ​​Mandrakia, in which one meets a combination of picturesque beauty and intense nightlife offer not just a trip but an unforgettable experience.


3. Sights
The Bisti forest is reminiscent of an earthly paradise, overgrown, overlooking the deep blue sea. Here one can tour the temple of Athena and Poseidon, part of the cyclopean walls as well as explore the famous purple processing workshops.
The Monastery of Agioi Anargyroi, famous for its thermal springs and its remarkable library, is a wonderful sight. His frescoes take us back to the 17th century, while it is worth noting that it was built on the ruins of the ancient temple of Asclepius in the 14th century. Another important religious monument that can be seen from the peninsula of Ermioni and specifically from the hill Krothi is the island church of Agios Gerasimos. A visit to the Historical and Folklore Museum of Ermioni is considered necessary as it is a neoclassical house of the Economos of the 18th century, where the Third National Assembly began (1827). The walk in the garden with the busts of the Mitsaians, fighters of 1821 will take you to the Greek revolution of 1821.
Katafyki gorge, according to legend was the entrance to Hades, and is a landscape that predisposes the visitor to walk in its lush vegetation and carved caves. For lovers of the sea, Ermioni has many wonderful beaches such as Maderi, Kouverta, Petrothalassa, Lepitsa, Dardiza.
The wider area offers a variety of options such as the village of Thermisia with the 12th century Venetian castle, the ancient theater of Epidaurus, Nafplio or even the diving center on the island of Kappari.